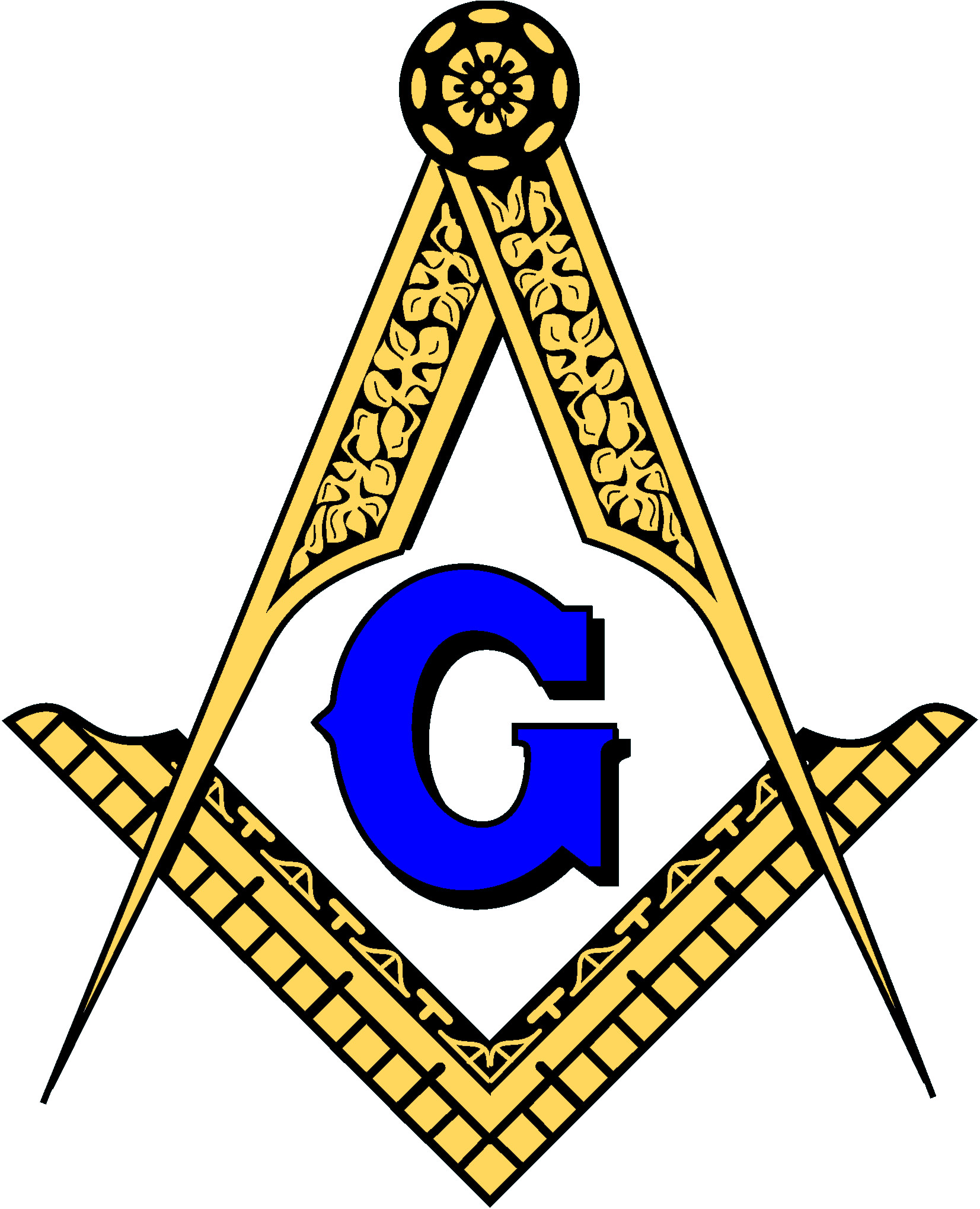 [The following article appeared in Winter 2022 issue of the Monroe District Newsletter.]

One Hundred Years A Temple: From Tavern To Hotel To Temple
– A Story of Pioneering Fellowship

During the month of November 2020, Union Star Lodge #320 F&AM intended to throw an elaborate party for the entire community to celebrate the 100th anniversary of its Temple Building.

Covid threw a wrench in those plans.

While the brothers of the lodge could not share their enthusiasm for their Temple’s history in person, they were able to offer a short post describing the history of the land the and the building that has now housed Union Star Lodge #320 for more than a century (you can see that post here). In addition, the Honeoye Falls/Mendon Historical Society hosted a virtual presentation that featured a more in-depth retelling of that history (you can watch that presentation here starting at the 5:55 mark).

The following is a condensed version of that presentation.

The very first building that occupied what is now 3 North Main Street in the Village of the Honeoye Falls within the Town of Mendon, a part of Monroe County, was a tavern. It was built before the War of 1812. Before there was a Village of Honeoye Falls (estd. 1838), before there was a Town of Mendon (estd. 1813), and even before there was a County of Monroe (estd. 1821). At the time, the location below the falls of Honeoye Creek was in the Town of Bloomfield in the once expansive but ever-shrinking Ontario County. It was locally known as “Norton’s Mills” in deference to its first settlor Zebulon Norton, who built several mills above those same falls.

Perhaps of more interest is the fellow who built what was the burgeoning settlement’s first tavern. His name was Abraham Parrish. Abraham was a man of many talents. As an entrepreneur, he had a keen sense of the coming thing. His tavern was strategically located on what was to become the main road between Honeoye Falls (and points south) and Rochester (then a village on the cusp of transforming into a city).

Yes, a tavern made business sense. But, as the hub of a growing community, it also made social sense. In the sense of fine fellowship.

From his brother Jasper, of course.

Readers, especially those who travel through Canandaigua, will no doubt recognize the name of Jasper Parrish, Abraham’s older brother. During the Revolutionary War, the Delaware tribe captured then 11-year-old Jasper and his father. His father was quickly released. Jasper wasn’t so lucky. He spent the next six years moving from one Iroquois tribe to another, picking up many languages of the Tory allies along the way.

This came in handy after his release when George Washington needed someone to act as an interpreter during the negotiations with the Iroquois. The Father of Our County appointed Jasper Chief Interpreter and the Parrish family, including Abraham, set up home in Canandaigua.

This home, given the frequency of visitors, seemed more like a tavern. One could easily see how Abraham learned the art of acting as the humble host. One could also easily see how he learned to pick up on things that would later help him in business.

So, Abraham builds a tavern in “Norton’s Mills” and sells it around 1818, when the area was known as “West Mendon.” Abraham himself resides “near Lima” (as that was a much more bustling town). Coincidently, Union Lodge, No. 261 was formed in Lima at around the same time in 1816. It moved to West Mendon in 1825 and held its meetings at “Old Sines Tavern” until 1831.

Why didn’t it move to the tavern formerly owned by Parrish? Well, a look at the map shows you it was on the wrong side of Honeoye Creek. There was no bridge back then. Coming from Lima, you didn’t need a bridge to cross the roaring waterway, so, Sines Tavern was a better destination.

Which is just as well, because within a year or two, the old Parrish Tavern burned to the ground. Daniel Gibson, then proprietor of the tavern, must have channeled his inner Monty Python because in 1827 he rebuilt the tavern, this time out of brick. Gibson’s new tavern was christened the “Falls Hotel” (see picture) It was a two-story building and one of several hotels in the blossoming population center of West Mendon (which still wasn’t a village yet).

Gibson sold the property to Dr. Harry Allen in 1828 and, by 1829, we see the name of Daniel Gibson on the nomination slate as a candidate at the Anti-Masonic County Convention. Maybe that’s another good reason for Union Lodge No. 261 to choose another site for their West Mendon meeting.

Unfortunately, Lima’s lodge did not escape the ravages of conflagration. They moved back to Lima in 1831. In 1849, by then renumbered Union Lodge No. 45 (which has existed continuously to this day), its lodge building was consumed by flames and all its minutes were lost in the blaze.

Fire and nineteenth century masons just didn’t mix. As we shall soon learn.

The Falls Hotel changed hands several times. With the coming of the railroad in 1853 to what was then the Village of Honeoye Falls, the Falls Hotel was a hopping place. No doubt this is what attracted John Stone to purchase it from Henry Hamlin and his wife in 1856.

The railroad wasn’t the only thing to come to Honeoye Falls in 1853. Changes in leadership at Union Lodge No. 45 allowed the formal process for creating Union Star Lodge No. 320 to begin. The first meeting of the new lodge in Honeoye Falls occurred in September of 1853.

Like Abraham Parrish, Sylvester Wilcox was very successful in a variety of businesses. Born in Mendon in 1833, his father ran a Tavern on the much travelled road that today we know as Route 64. In 1861, he purchased the Falls Hotel and promptly closed it for renovations. Upon re-opening, the newly named “Wilcox Hotel” (a.k.a. “Wilcox House”) sported a third story and two balconies, making it the centerpiece of the Village (see photo).  Wilcox was a member of Union Star Lodge No. 320.

For years, Union Star Lodge held its meetings on the second floor of what is known as the “Stone Block” (yes, it was made of stone), which is across from its current Temple on the corner of Monroe Street and North Main Street. In or around 1860, the lodge meeting place was moved to the “Pierce & Briggs” block, roughly six buildings up on West Main Street on the other side of Monroe Street. The bottom of the building housed a store with the Masons meeting on the second floor.

You’d have thought this would have been a fortuitous move since, in the early morning hours of March 2, 1866, the Stone Block was destroyed by fire.

You would have thought wrong.

On the evening of December 11 of that same year, the Pierce & Briggs building caught fire. The store clerk and his friend were in the building at the time when they heard a strange crackling noise. Upon discovering the fire, they sped out of the room to call for help. There was a dance going on at the Wilcox Hotel.

But there was no fire department. While the kind citizens were able to protect the neighboring buildings, much  was lost in the Pierce & Briggs building, including all that Union Star Lodge No. 320 had. Luckily, the lodge had $400 worth of insurance.

Again, echoing Monty Python, the Pierce & Briggs block was quickly rebuilt and Union Star Lodge returned to its previous environs. The building was almost lost yet again in January of 1885 were it not for “the prompt action of those who arrived first sav[ing] the building from destruction and beat[ing] us out of a longer article on the subject,” in the words of the local newspaper.

Incidentally, a year later in 1886, following a devastating fire that burned down the Village Hall, Sylvester Wilcox was instrumental in establishing the Honeoye Falls Fire Department.

Through the rest of the nineteenth century, Union Star Lodge continued to meet regularly on the first Wednesday of every month at their rooms on the second floor of the Pierce & Briggs block. This was a time of renewed interest in Freemasonry. It soon became apparent that the lodge would need a bigger meeting place.

In 1906, Union Star Lodge decided it didn’t want to rent anymore. It wanted a home it could call its own. A committee was formed to explore possibilities. It secured an option to purchase the Wilcox and Works block on the corner of West Main Street and Monroe Street (kitty-corner from its present location). This was a building built by Sylvester Wilcox in the 1880s. The lodge then embarked on a series of events, including a Masonic Fair and Carnival featuring an opportunity to win a piano to raise funds to buy the building. (see Rochester D&C ad)

For some reason, despite the success the lodge had in raising (and continuing to raise) funds, the deal for the building did not go through. Maybe it was because Sylvester Wilcox laid down the working tools in 1907. This likely placed all property related transactions on hold. Indeed, the Wilcox Hotel itself remained in family hands until 1915, when Sylvester’s wife Marion, the Executor of the estate, sold it to George P. Lawton, Daniel F. Courtney, and Anne L. Courtney.

In 1920, things began to move in earnest. In February, the Union Star Temple Association was incorporated with a capital of $30,000. Stock was sold to members for $10 per share. On April 1, the formal deed conveyed the Wilcox Hotel from Lawton, Courtney, and Courtney to the Union Star Temple Association. James Tyler, a well-known Rochester architect, drew up plans for the remodeling. The lodge room would take up the entire third floor, the second floor used for reception/committee/club rooms as well as a kitchen and dining area, and the first floor would be rented to businesses.

Renovations began immediately and were completed in time to open the building to the public with an open house on November 15th.  (See Photo)

The ground-floor businesses opened first. The initial tenants were the Temple Restaurant; W.E. Durrant, clothier; Oscar Lee’s barber shop; and, representing a bit of a coup and with renovations made especially for it, the Honeoye Falls post office. (A year later, in another coup, the Temple Association landed State Bank as tenant with addition renovations made to accommodate the financial institution.)

Oh, yeah. They also put two bowling lanes in the basement (which are still operational today). League bowling commenced even before the first formal lodge meeting.

Through the depression and beyond, the Temple building remained a center for community fellowship, not only for lodge sponsored events, but also for activities sponsored by other civic associations. To this day, (or at least until Covid), the building, which continues to house several professional and retail offices, has be host to various local organizations from the business groups to student clubs.

The spirit and vision of the Abraham Parrish’s original tavern lives on, thanks to the continuing efforts of Union Star Lodge No. 320.